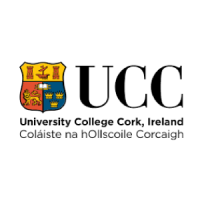 The university was founded in 1845 as one of three Queen's Colleges located in Belfast, Cork, and Galway.

Amongst other rankings and awards, the university was named Irish University of the Year by The Sunday Times on five occasions; most recently in 2017. In 2015, UCC was also named as top performing university by the European Commission funded U-Multirank system, based on obtaining the highest number of "A" scores (21 out of 28 metrics) among a field of 1200 partaking universities.[9] UCC also became the first university to achieve the ISO 50001 standard in energy management in 2011.

As of 2016, University College Cork had 21,000 students. These included 15,000 in undergraduate programmes, 4,400 in postgraduate study and research, and 2,800 in adult continuing education across undergraduate, postgraduate and short courses. The student base is supported by 2,800 academic, research and administrative staff. As of 2017, UCC reportedly had 150,000 alumni worldwide.