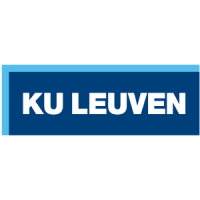 KU Leuven is a research university in the city of Leuven, Belgium. It conducts teaching, research, and services in computer science, engineering, natural sciences, theology, humanities, medicine, law, canon law, business, and social sciences. In addition to its main campus in Leuven, it has satellite campuses in Kortrijk, Antwerp, Ghent, Bruges, Ostend, Geel, Diepenbeek, Aalst, Sint-Katelijne-Waver, and in Belgium's capital Brussels. KU Leuven is the largest university in Belgium and the Netherlands, in 2017–18, more than 58,000 students were enrolled. For four consecutive years starting in 2016, Thomson Reuters ranked KU Leuven as Europe's most innovative university, with its researchers having filed more patents than any other university in Europe; its patents are also the most cited by external academics.